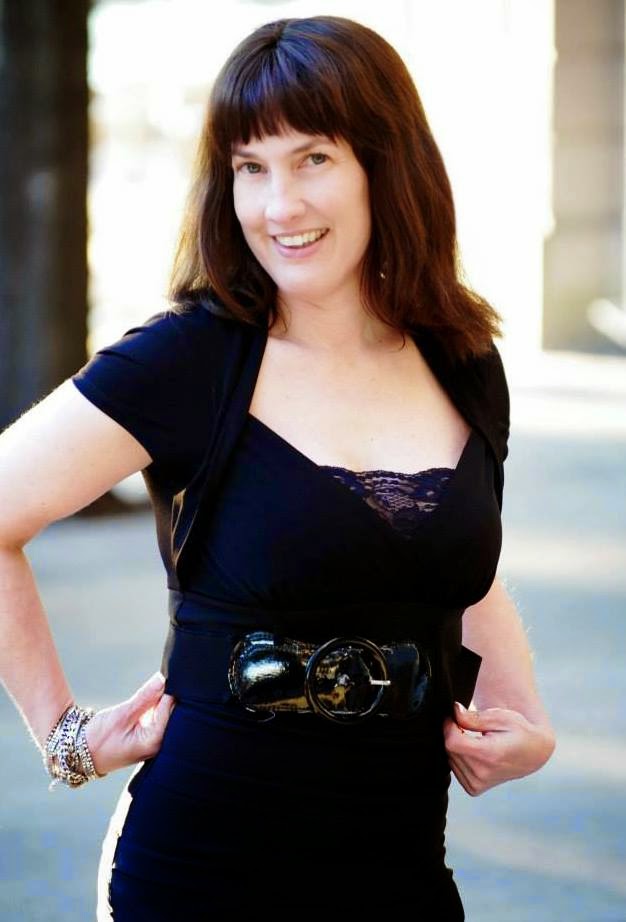 My interview with S.L Baker

Scarlett and The Mobster 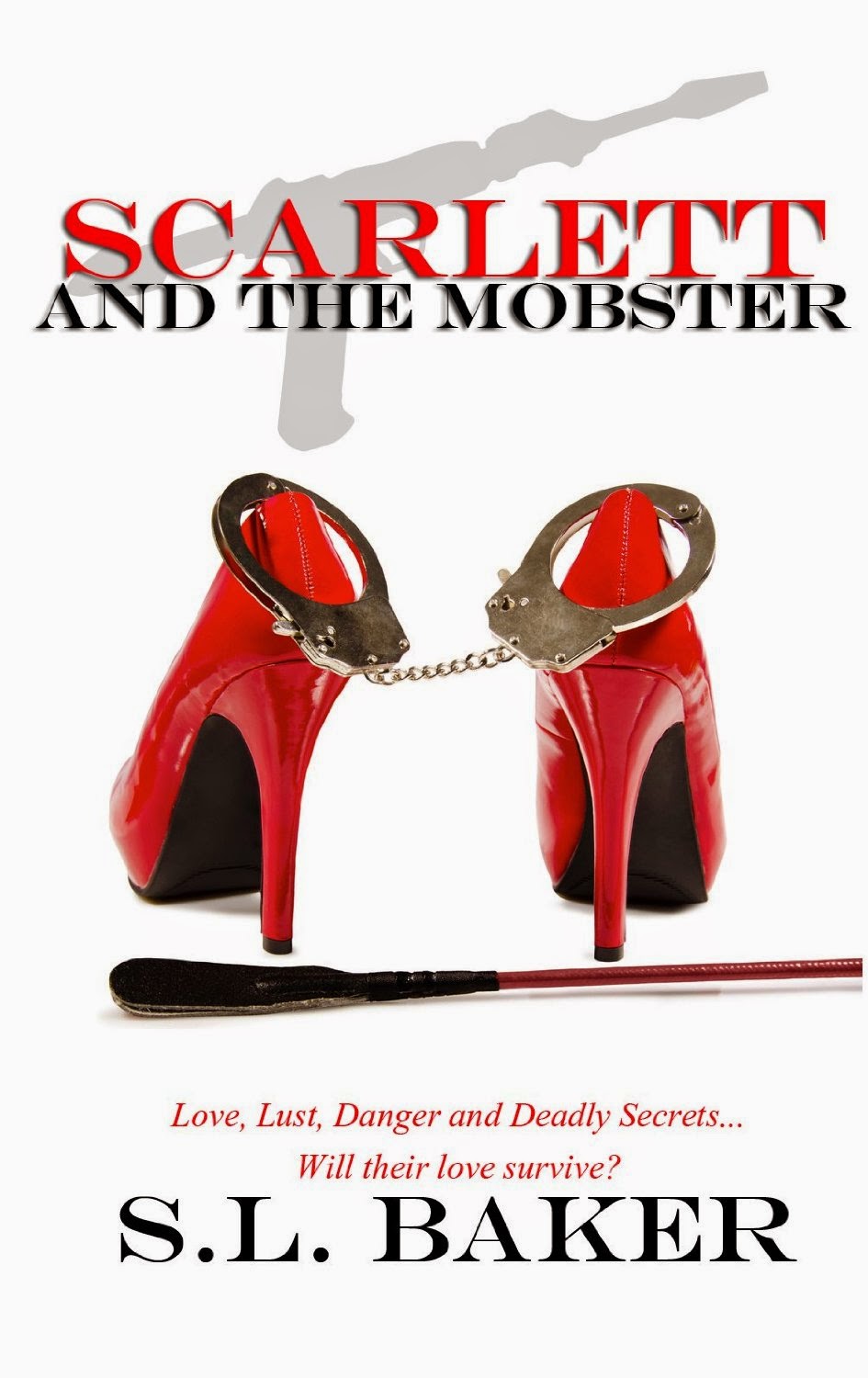 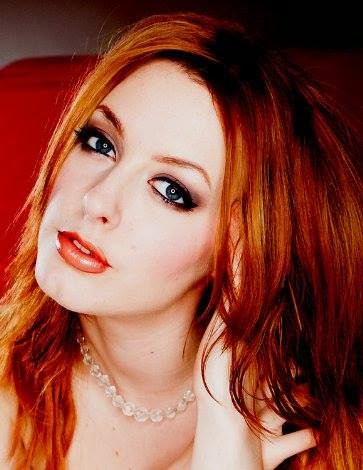 1.     What prompted you to write a sexy read such as the Invicta series?
It was just something that danced around in my head for about a year. To have these guys, that fought their way through some hard times and made it, despite all the odds. They survived, and the two of them were undefeatable no matter what came their way, as long as they were together.  They wanted to show others that they didn’t have to go down their path, and despite any situation, there was always a way out. Kade and Holt do this for a group of guys, all having their own issues. They give them that safe haven and who would have ever thought that it would take place in a go-go club, that these strangers would find family there.
2.
What chapter is your favorite and why? Give me the sexiest line in the chapter.
Hmmm… okay, Just one?   Ch 12. That kiss floored me. Reaching for him, I cradle his face in my palm, and make my way up to his ear. "Your mouth tastes so fucking good," I whisper in his ear.
3.       Do your children know you write erotica, and if so how do they feel about it?
My two oldest kids have known since the beginning what I write. They like seeing mom happy and passionate about something, plus they tell their friends, which makes me turn beet red. They like that part the best I think-little heathens. Lol. My youngest only recently found out and she’s good with it too. I’m mom and they are 100% supportive of it, of everything I do. Perks of being the mom.

4.       Are the names of the characters in your novels important?
They’re important to me in the fact that I like something different and unique. I do look up the meanings and try to associate it to a character trait related to them.

5.       What are the most important attributes to remaining sane as a writer?
There is no such thing as a sane writer. It’s all a myth. No kidding. We really have a dungeon we hide in. Okay, really, you have to find a way to turn off the outside world and all the distractions. The most important thing of all is you have to have your head and heart in sync. As writers, we feel so passionate and believe in something so whole heartedly. It can’t be helped, it just is built into us. We have to have support and balance also. Us writers think we suck at writing, or most of us do, yet we still do it. We never think it’s good enough, that it could have been better and that is where support comes in many forms. Especially reviews, because we know in reviews that may be left for us, it’s from complete strangers, with no reason to lie. It’s why we plead for them, to know the truth. That gives us the reassurance that we’re not insane. Even bad reviews can tell us that too. Balance is a matter of juggling things around until you find out how to put it on a schedule between writing, promoting it, family life-any life outside of our writing lives. It’s not easy at all, so whichever dummy said that, well they just flat out lied. hahaha

6.       Do you research your novels? How does one prepare them-self to write a book like this? Watch movies, visit shops, bedroom experiments?
Oh, I love research, and I honestly do research for every book I write. For my Invicta Series, it was a lot of time on youtube, google, urban dictionary, asking friends, etc. There are also parts of it that we draw from personal experience whether ourselves or from friends and people we know.

7. Do you think there is a snobbery against erotica in the U.S.A?
Yes and no. I think as a whole, the majority of people that live in the USA are more laid back than a lot of other places, but also within the USA, the snobbery part varies from person to person. Some love it, others think it’s wrong maybe based on their upbringing, religious and some even political. Overall, I think it’s more the difference in erotica vs erotica romance where things get pulled in different
directions. 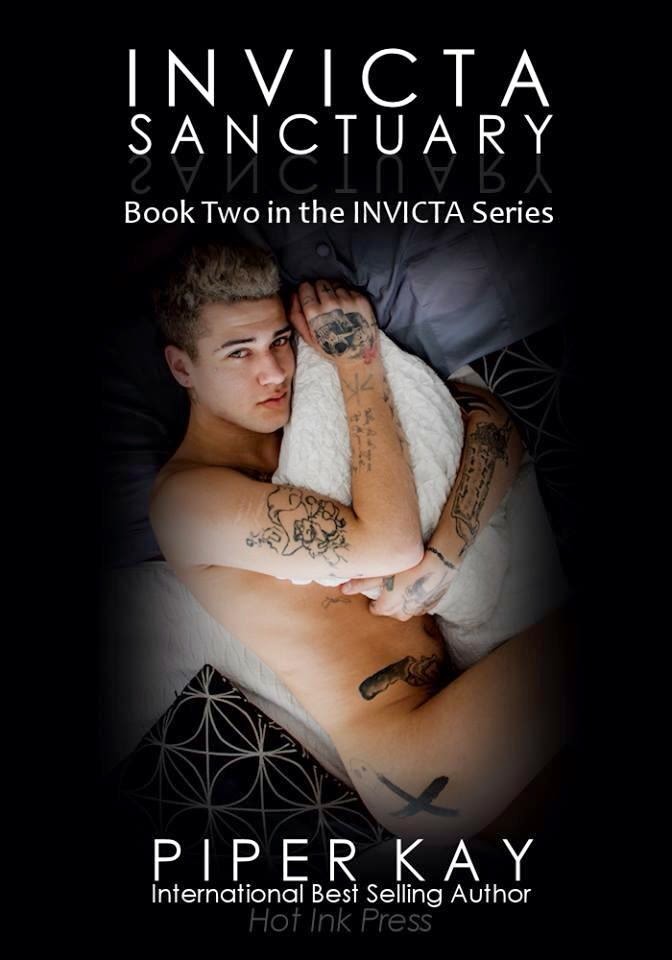 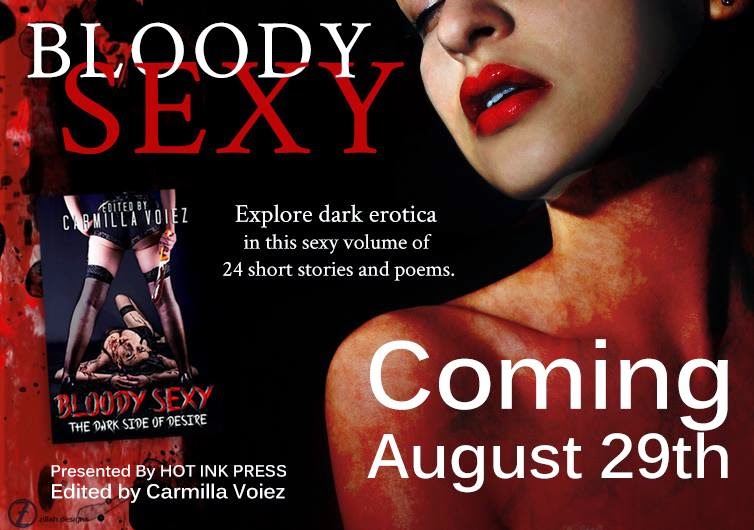 On the 29th August a new book is launched.
Writers of horror and erotica come together to explore dark erotica in this sexy volume. Those of us who like a little fear with our fun can take a trip to the shadows beyond the rainbow where we'll find vampires and demons and murder, oh my!
Posted by Unknown at 7:07 AM No comments: 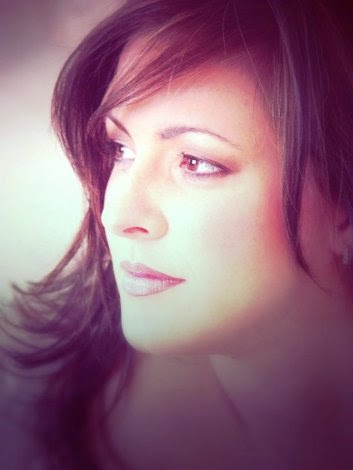 Author Felicia Starr lives minutes from her favorite Jersey Shore destination with her amazingly supportive family. She loves to spend time creating special memories with her husband and two young boys.
Everyone expected her first publication to be a cookbook, but her love for writing has surpassed her love for cooking.
Felicia graduated magna cum laude from Kean University with a bachelor's degree in psychology and a post baccalaureate in elementary education. She is a licensed real estate sales person, a certified yoga instructor, and most importantly, a stay-at-home mom.
Reading because she wants to, writing because she has to... always thinking and dreaming in scenes.


A Breaking the Darkness Series Novella...

While Kasha gets ready to graduate from college, her grandmother, Magenta Alexander, prepares for her return. Mage wanted Kasha to grow up and have a normal life, even knowing there was a possibility that Kasha would be anything but normal. Mage has kept things from her granddaughter, secrets that she must be told.

Dangerous pacts are made, while magic and darkness lurk around every corner, and even those with the purest intentions must make tainted choices to protect the ones they love.

Deals are struck, secrets are revealed, sacrifices will be made...but will it be enough to ward off the darkness?

Warning: This book is intended for readers that have read Taken; there are spoilers in this book. 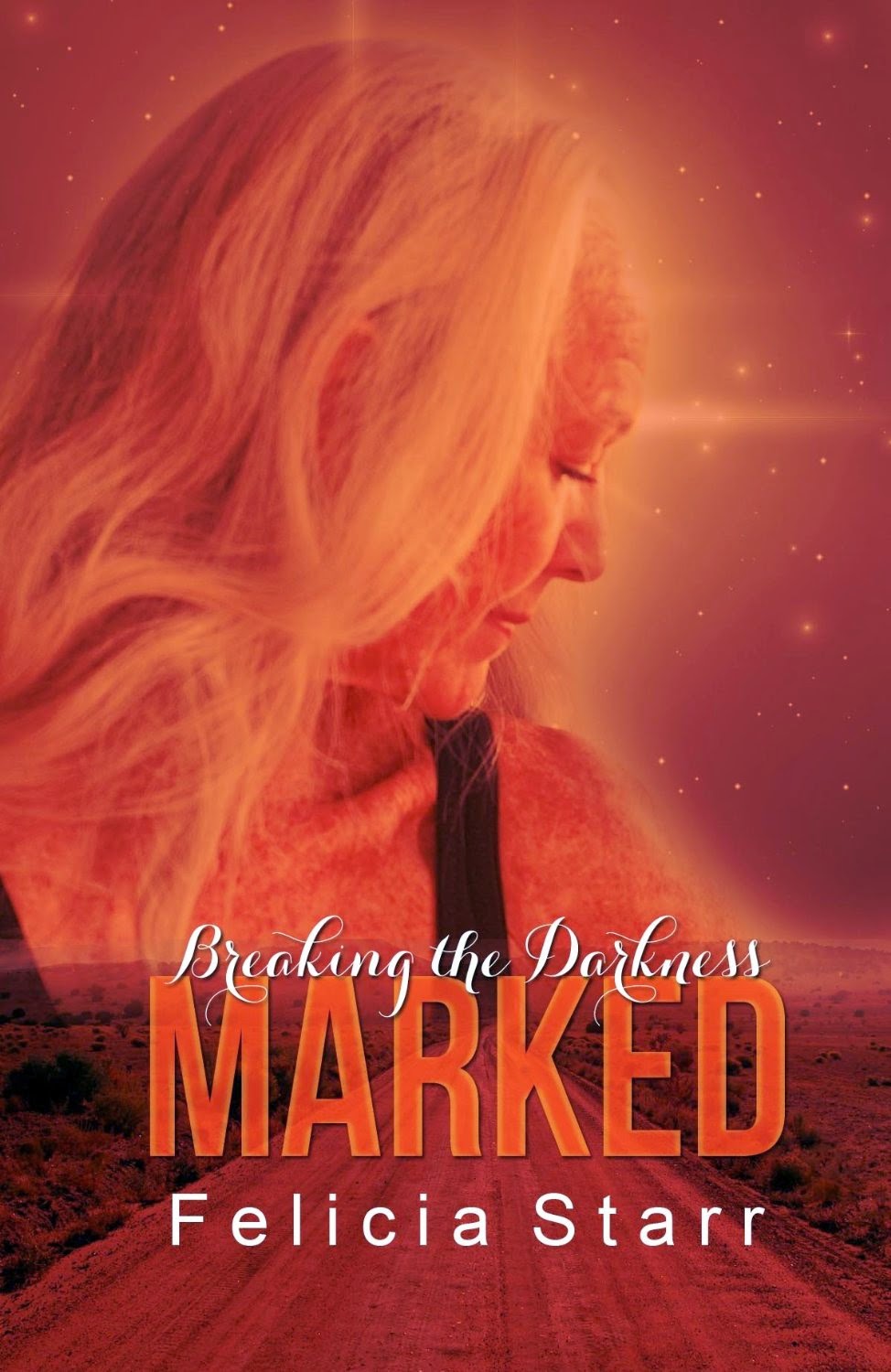 Posted by Unknown at 9:41 AM No comments: 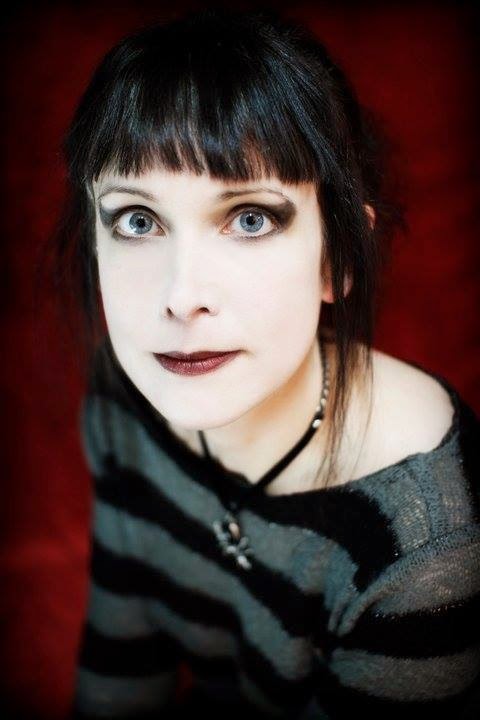 Carmilla Voiez is a pioneer in horror writing. Her visceral and violent no-holds-barred descriptions of magic, sex, demons and obsession might remind some readers of Clive Barker's wonderful works of horror and dark fantasy, however he stories are told from a uniquely female perspective. Old tropes of hapless female victims pursued by psychotic male killers are reversed or expelled and the result is disturbing yet at the same time refreshing.
Starblood has been released as a trilogy in three separate books Starblood, Psychonaut and Black Sun previously and these are all still available for Kindle or in paperback. However, on the 16th May 2014 a new volume, beautifully edited and perfected, of all three stories in one huge package will be available on Kindle, bringing Voiez's work to a whole new generation of horror readers.
There will be a release party on Facebook to celebrate the launch. Once the book goes live on Amazon this link will take you to that page. In the meantime it will direct you towards the party event where you can find out more. http://smarturl.it/TheStarbloodTrilogy
Posted by Unknown at 12:00 AM No comments: 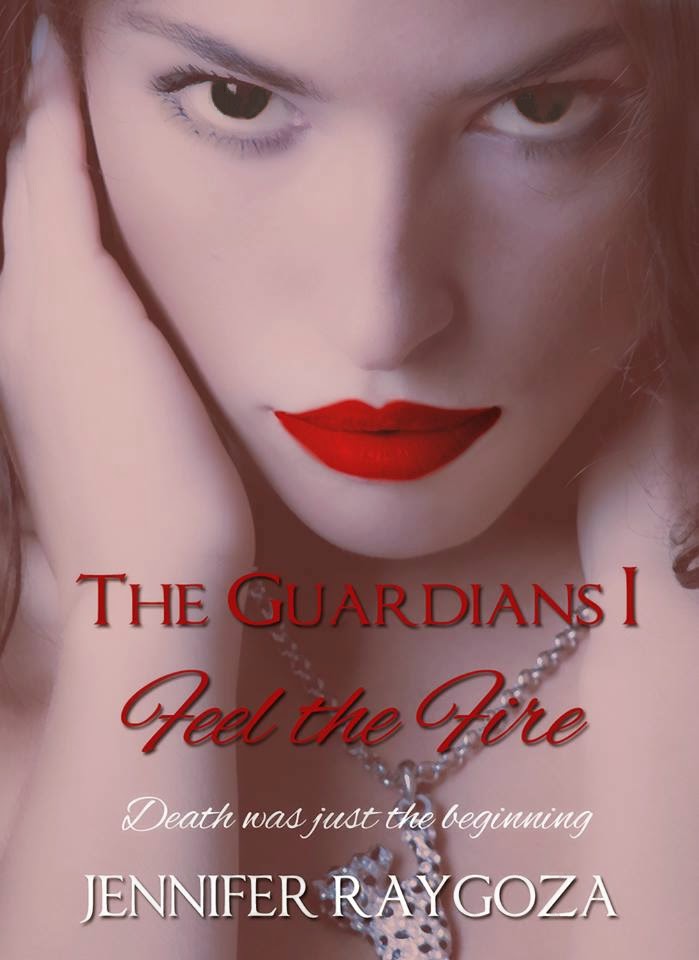 Brand new cover under a new publishing house. Pick the ebook up on Amazon now!
http://smarturl.it/TheGuardians1
Facebook Fanpage- https://www.facebook.com/theguardiansvampnovel
I thought I had life all figured out. We live. We suffer pain. We die. Death never bothered me much. It was love that scared the hell out of me, because love made you weak, and in my line of work there was no room for that. My name is Gianna Botticelli. I am the daughter and only female employee of a Los Angeles mafia boss. Today was supposed to be like any other day until Caleb walked into my life. He is sexy and mysterious and knows things he shouldn’t. I don’t like it at all, but I can’t help the way he makes me feel inside. There is something different about him. What is he? All I know is that after meeting Caleb things will never be the same as he introduces me into his world. A world unknown where the battle of good versus evil rages on. Sacrifices will be made, hearts will break and lives will be taken. How far am I willing to take this journey I keep asking myself? If I have to sacrifice myself to save everyone and everything, then the answer is easy. All the way.
Show more
Show less
Posted by Unknown at 3:56 PM No comments: 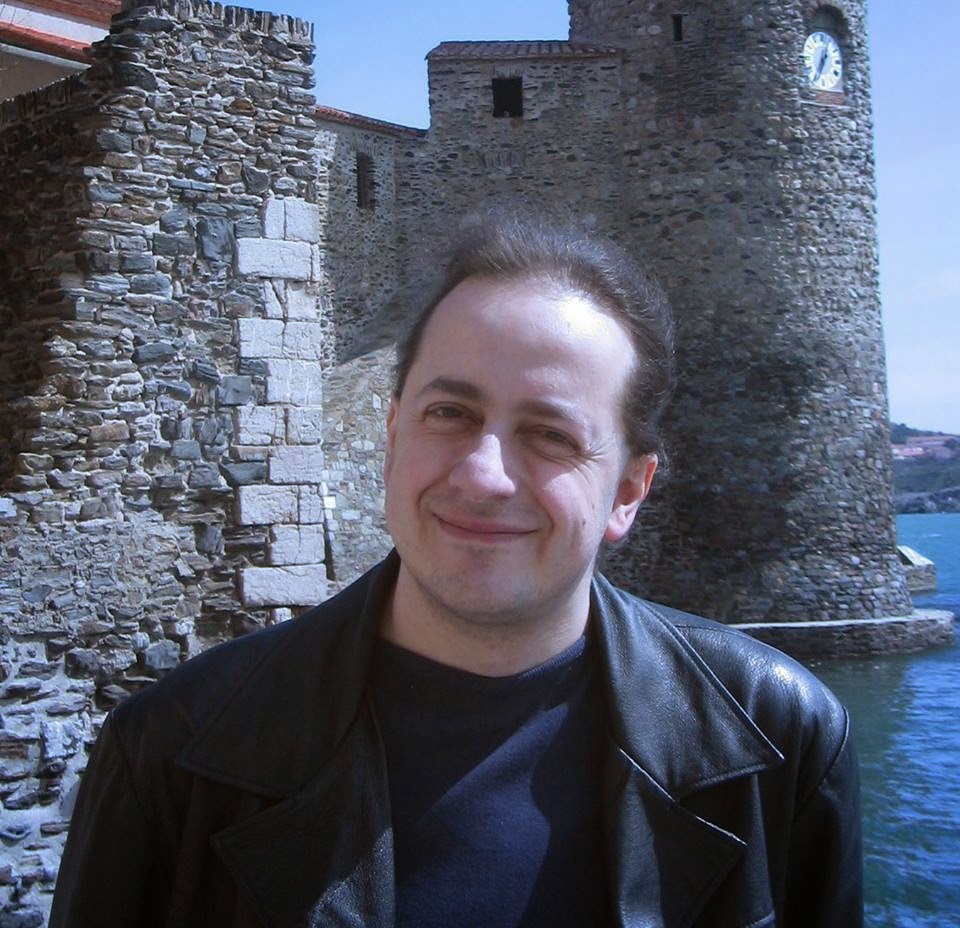 Brad Stevens is a film critic based in the UK. He is the author of Monte Hellman: His Life and Films (McFarland, 2003 - http://www.amazon.com/Monte-Hellman-His-Life-Films/dp/0786414340/ref=sr_1_3?s=books&ie=UTF8&qid=1396390056&sr=1-3) and Abel Ferrara: The Moral Vision (FAB Press, 2004 - http://www.amazon.com/Abel-Ferrara-Moral-Vision-Directors/dp/190325406X/ref=sr_1_1?s=books&ie=UTF8&qid=1396390031&sr=1-1&keywords=abel+ferrara). He writes regularly for Sight & Sound: his 'Bradlands' column appears every month on the magazine's website. (http://bfi.org.uk/news-opinion/sight-sound-magazine/comment/bradlands)
He has also contributed to Cahiers du Cinema, Video Watchdog, The Dark Side, The International Film Guide, the Senses of Cinema website and Chris Fujiwara's Defining Moments in Movies (Cassell Illustrated, 2007 - http://www.amazon.com/Defining-Moments-Movies-Greatest-Scenes/dp/1844036049/ref=sr_1_3?s=books&ie=UTF8&qid=1396390105&sr=1-3&keywords=chris+fujiwara). He recorded commentary tracks for the Masters of Cinema DVDs of Nosferatu and Tabu, has appeared in several documentaries (http://www.imdb.com/name/nm0828282/?ref_=fn_al_nm_6), and can be seen interviewing Christopher Lee on VCI's DVD of The City of the Dead. He has also written many DVD sleeve notes. He co-authored the English subtitles for F. J. Ossang's Dharma Guns (2010), and was on the jury at the Oldenburg Film Festival in 2007.
The Hunt is his first novel. He is currently working on a sequel entitled A Caution to Rattlesnakes. 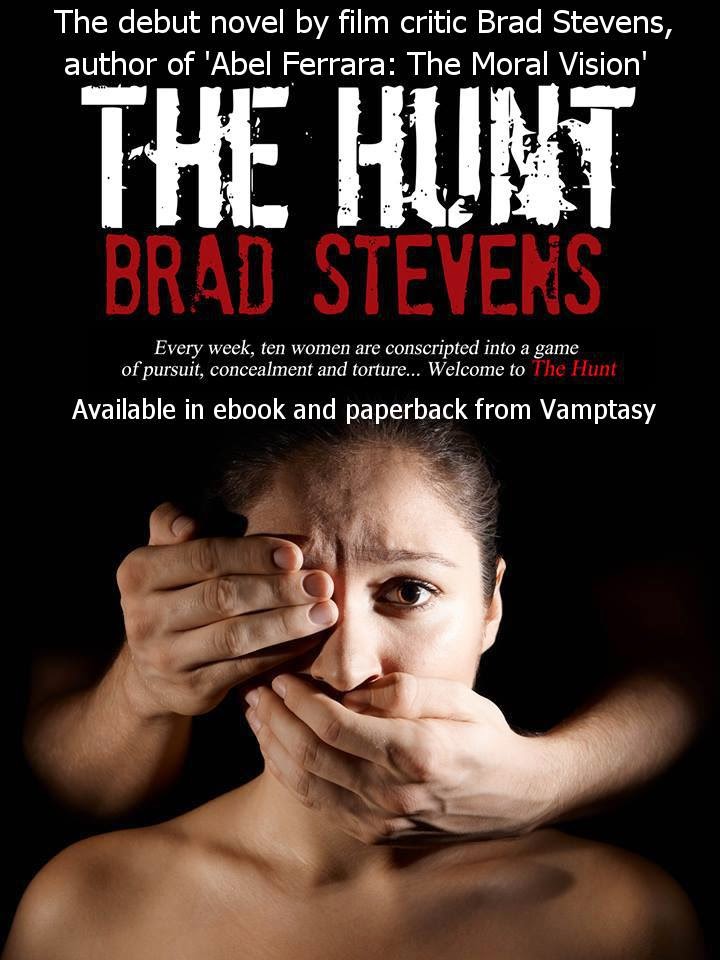 THE HUNGER GAMES meets FIFTY SHADES OF GREY in this dystopian science-fiction novel.
Great Britain in the year 2068. A totalitarian government has passed laws victimizing racial minorities, prohibiting homosexuality, and preventing women from voting or having abortions. When a feminist group launches a terrorist attack, the state responds by creating the Hunt, a weekly contest in which ten randomly selected females are pursued by ten male Hunters across an abandoned district of London.
Mara Gorki is a successful crime novelist trying to keep her lesbian relationship with film critic Yuke Morishita a secret. Horrified by what is happening in the country, she seldom leaves her apartment, attempting to create a private universe in which she and her lover can hide. But the external world comes crashing in when Mara is conscripted into the Hunt. After discovering what Hunters do to the women they capture, Mara enters the contest determined to elude her pursuers. The odds may be against her, but the consequences of failure are too terrifying to contemplate.

Excerpt from The Hunt.

Buy Link- http://amzn.com/B00JJYGBZG
Posted by Unknown at 9:09 AM No comments: